Year-over-year, nationwide rent prices were up 5.1 percent in October, while asking prices were up 2.9 percent during the same period when including foreclosures.
Out of the top 25 rental markets in the United States, Houston led with a 16.5 percent yearly increase. Miami and Oakland took the next two spots with a 10 percent gain in rent prices, Trulia reported.
Denver was ranked number 4 with a 9.4 percent increase and Seattle fifth for its 8.8 percent improvement.
Chicago, which saw a 5.3 percent yearly dip in asking prices in October, still experienced a 7.7 percent gain in rent prices during the same one-year period.
Asking prices also fell in Albuquerque, dropping 2.2 percent, but rent prices moved up by 3.1 percent.
The trend was reversed in Las Vegas, where asking prices were up 10.9 percent from October 2011, while rent prices moved downward by 1.8 percent. In Memphis, rent prices were also down, falling 0.6 percent, yet asking prices increased 7.1 percent over a one-year period.
Overall, most metros saw rent prices and asking prices increase. Out of the 100 largest metros, 69 took part in the yearly gain in asking prices.
“In markets like Denver, San Francisco, and Oakland, where prices and rents are both rising, higher prices mean higher down payments, but rising rents make it harder to save enough,” said Jed Kolko, Trulia’s chief economist, in a release.
When tracking asking price increases among metros, Phoenix led with a reported 24.9 percent yearly gain. Cape Coral-Fort Myers, Florida ranked second with a 15.7 percent increase, followed by San Jose (12.7 percent); Warren-Troy-Farmington Hills, Michigan (11.8 percent); and West Palm Beach, Florida (11.3 percent).
“Home prices are climbing in most local markets and in eight of the eleven swing states,” Kolko added. “Rising prices have taken pressure off the presidential candidates from having to come up with detailed plans to help the housing market, and that’s a big reason why they haven’t focused on housing in the 2012 campaign.”
Trulia’s findings are based on the for-sale homes and rentals listed by the company. 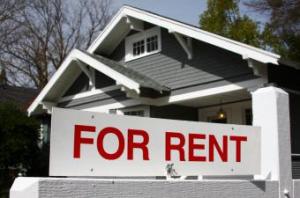